I'm still working on the next update, and it's a pretty huge one. I expect it'll take another 3-4 months to finish. I know that's a lot of time to wait, but I believe it'll definitely be worth the wait.

I've been working on a huge redesign of the main menu and main experience. I have a clear goal of what I want to achieve, which I'll describe further in this devlog. For now, here's some work in progress menu redesign screenshots/gifs: 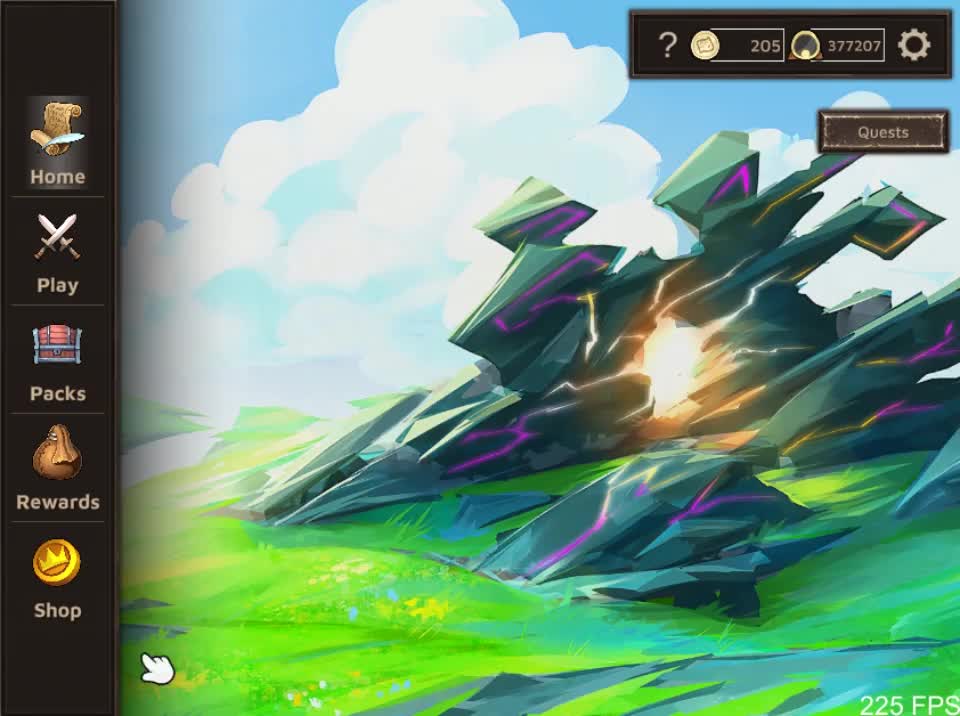 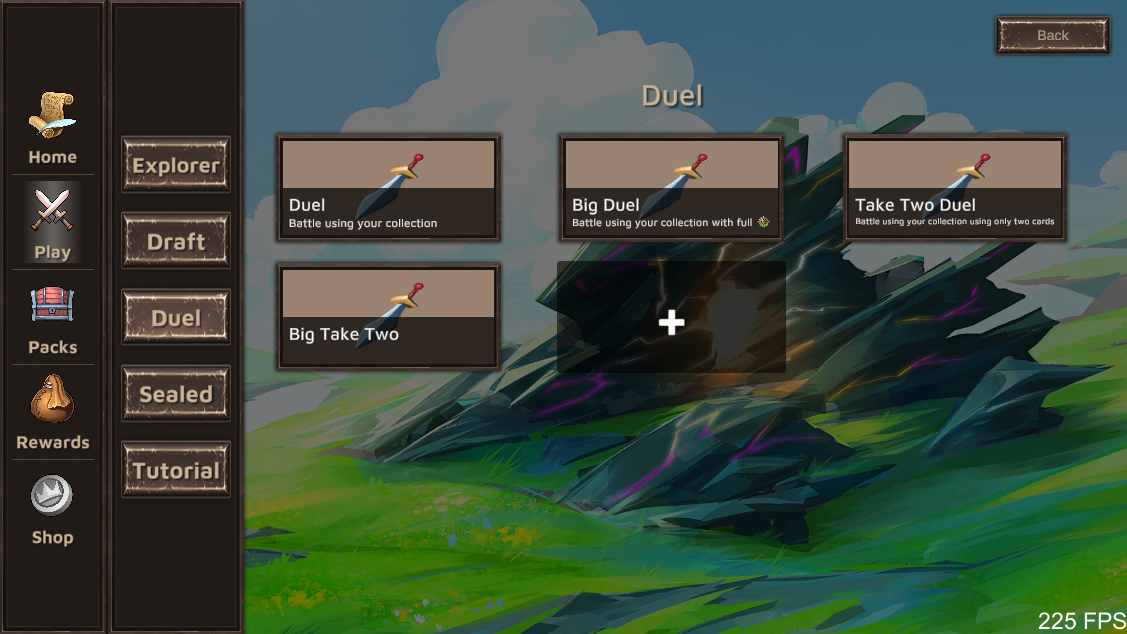 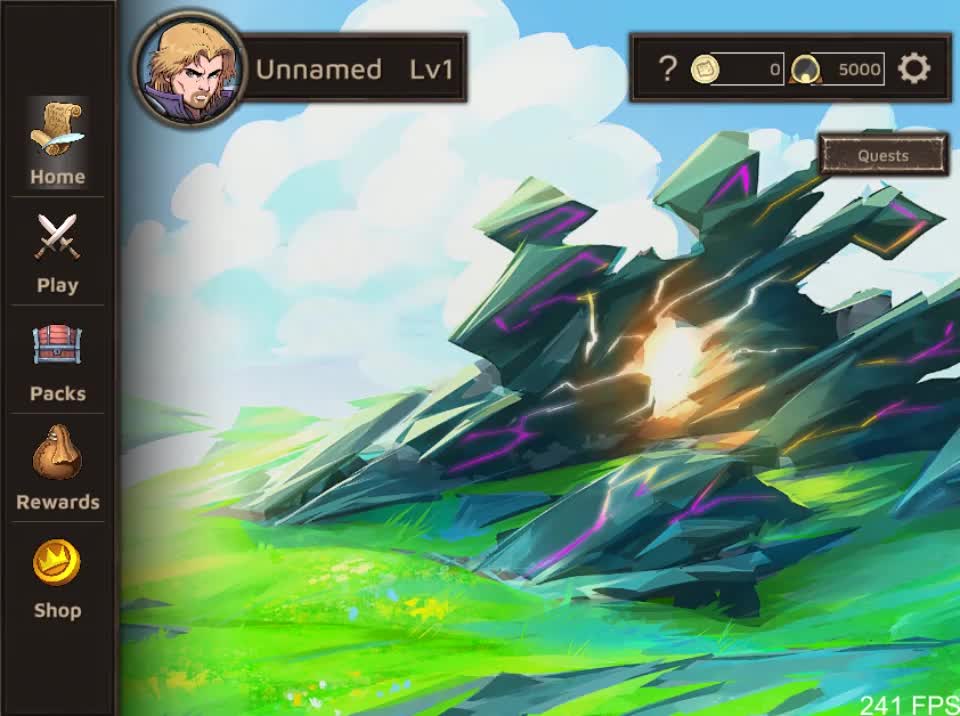 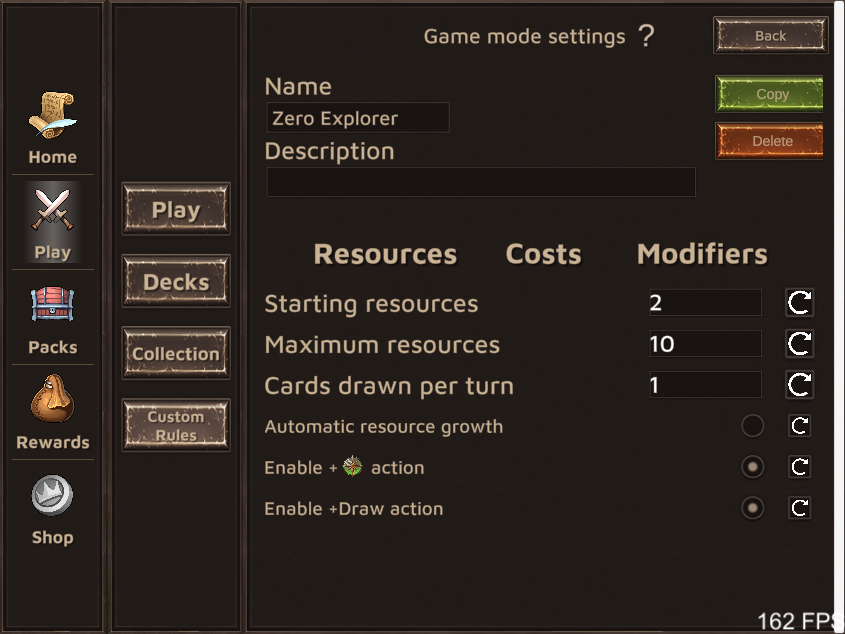 Some of you might notice that the new menu looks quite similar to Legends of Runeterra's main menu. As a solo indie developer, I have to look at similar games and see what I can learn from them.

While I am taking UI design (UX) tips from Runeterra's UI, I'm not flat out just copying it: Their decision to make the menu more horizontal helps a lot on mobile screens, which are smaller and wider than PC screens or TVs, which makes the horizontal space more usable than vertical and vertical space is critical in smaller screens.

Among other things, we're getting an avatar system, a profile level system and new progression system, and 30 new custom game rules.

I'm about 60% done with minimum work of redesigning the main menu, as you can see in the Fairtravel Battle Trello. As soon as that's done, I'll focus on the new cards and progression system.

What's changing for the progression system?

While playing Legends of Runeterra and Magic the Gathering Arena, I've realized that a mastery system of sorts could be a really fun way to gain regular rewards that are not just currency. So I'm introducing a sort of mastery system to Fairtravel Battle.

The way it will work is, your profile has a level, and it gains mastery points with each match, in addition of the usual currency you already earn.

The details aren't fully designed yet, but essentially you'll earn X mastery points for winning, a little less if you lose, and I'll make sure this system can't easily be exploited (like by conceding many times in a row to farm points).

Once you reach a certain amount of mastery points, you'll level up and gain the reward for that level. The amount to level will always be the same, so you won't have to worry about having to play a lot to get rewards.

Custom game modes are a feature of Fairtravel Battle that is probably not used often. The reason for that is, it's because it was lacking in variety of custom rules.

So, this update will introduce at least 30 new rules, including cost, attack, and health modifiers to all card types, as well as adding a new Resource Growth rule (which acts in a similar way to Hearthstone and Runeterra where your resources grow at the start of your turn) Randomize Card Costs rule, and adding rules to enable or disable mulligans, resource drops, and draw drops (the resource actions you can do each turn where you can expand your resources or return a card to redraw).

What else is changing?

The following features are coming to Fairtravel Battle in the next update:

Why are there no new dev builds for so long?

These changes are massive in scope and that's why I'm expecting it's gonna take another 3-4 months to finish. As soon as I have a good base for the first Version 32 devbuild, I'll make it available. Right now you can't even open packs or buy them at all, so that makes collecting cards kinda complicated.