It's been a while since the last progress report, and we apologize for taking so long with posting updates. It's a bit of a challenge to juggle real life, a full-time job, covid, and other such things all at once.

So, what's new since the last progress update?

The reconnection feature works fairly well now, which was critically important for the future of the game! 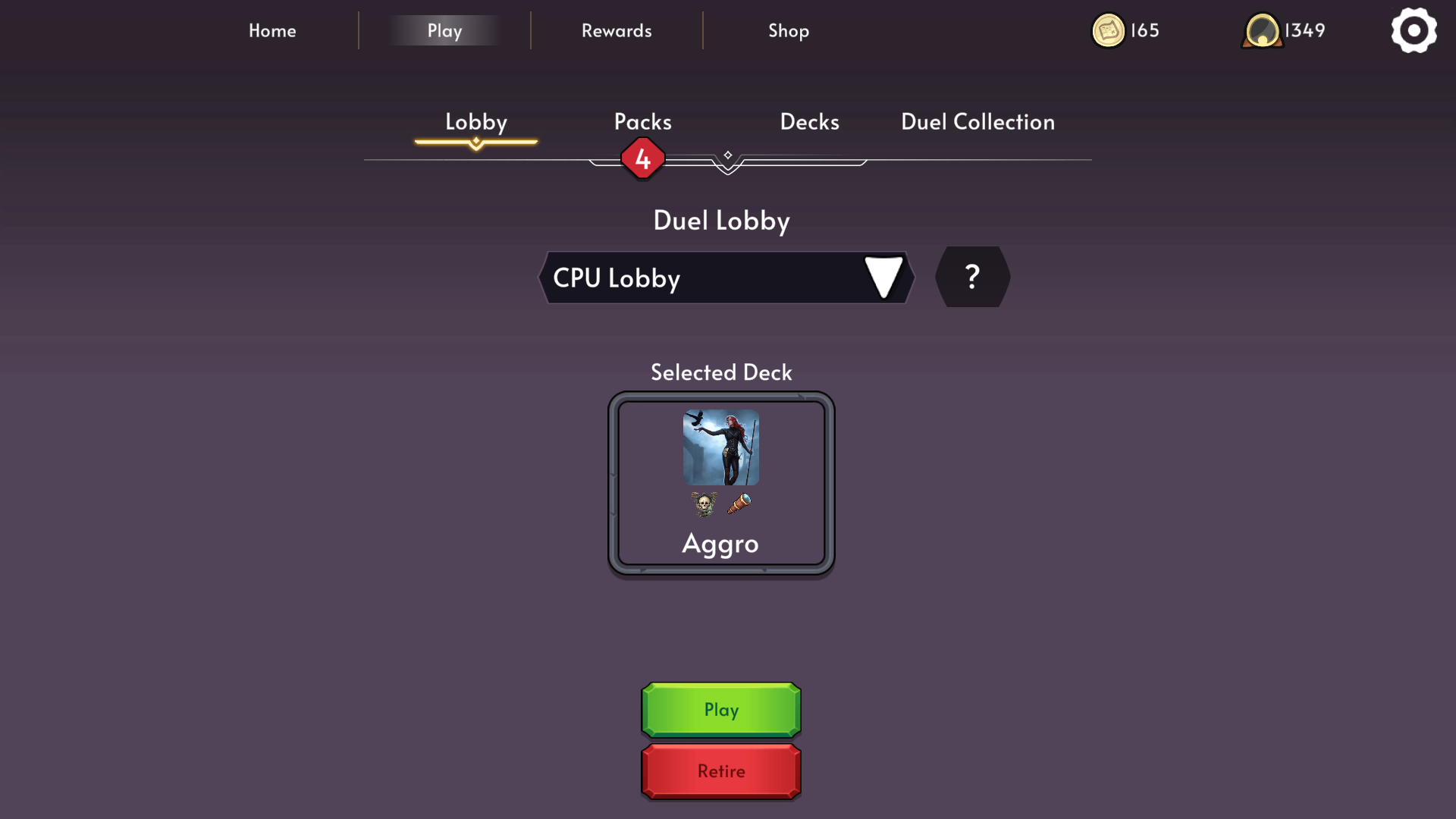 We've also done some minor UX changes, such as moving the Packs tab to the Lobby screen instead.

The reasoning for this is that we need to ensure there's no confusion when navigating between modes and your packs tab changes numbers or hides how many packs you have to open. Since packs and collections are game mode-specific, we need to be careful not to confuse players.

We have also re-enabled modding support, although a little more restricted: We don't want to let modding break your experience by doing things such as giving you 999999 gold, thus ruining your entire progression.

It might sound like we're being greedy and want you to grind, but something that not a lot of people realize is that without the grind, you'd get bored of having no goals to follow, and thus a major part of your motivation is lost.

Modding was previously disabled since there didn't seem to be much interest in it over the past 3 years of development, but we're giving it another go.

It's now possible to browse entire game zones as part of card effects such as fetching for a card.

What's after this update?

This update is being mostly a tech update, so a lot of what we're doing can't really be "seen" since it's a lot of code changes. Some cards are being added or reworked in this update, but the amount of new content is low.

Something we've realized is we don't really have an effective way to script card rules, and this is becoming a problem. We have tens of thousands of scripts for card effects, which is becoming hard to maintain, as major changes require changing a lot of card effect code.

As a result, for the next update, we'll be working on a new scripting editor to help simplify how we script cards.

Please try to be patient with this, as we're trying to get our remaining major features done but we also need to do maintenance on the game too to ensure it works as expected. It's tough work, since it's a lot of reworking of things, and there's not a lot of new content meanwhile, but it's important work nonetheless.

Thank you for your support. Stay tuned for more news!