YOUR PROFILE WILL BE RESET

Due to this update removing some cards and changing the way game profiles work, your profile will be reset when you start the game from this update.

There's now iOS support through TestFlight! You can find the link to sign up at the main page, or you can click here. 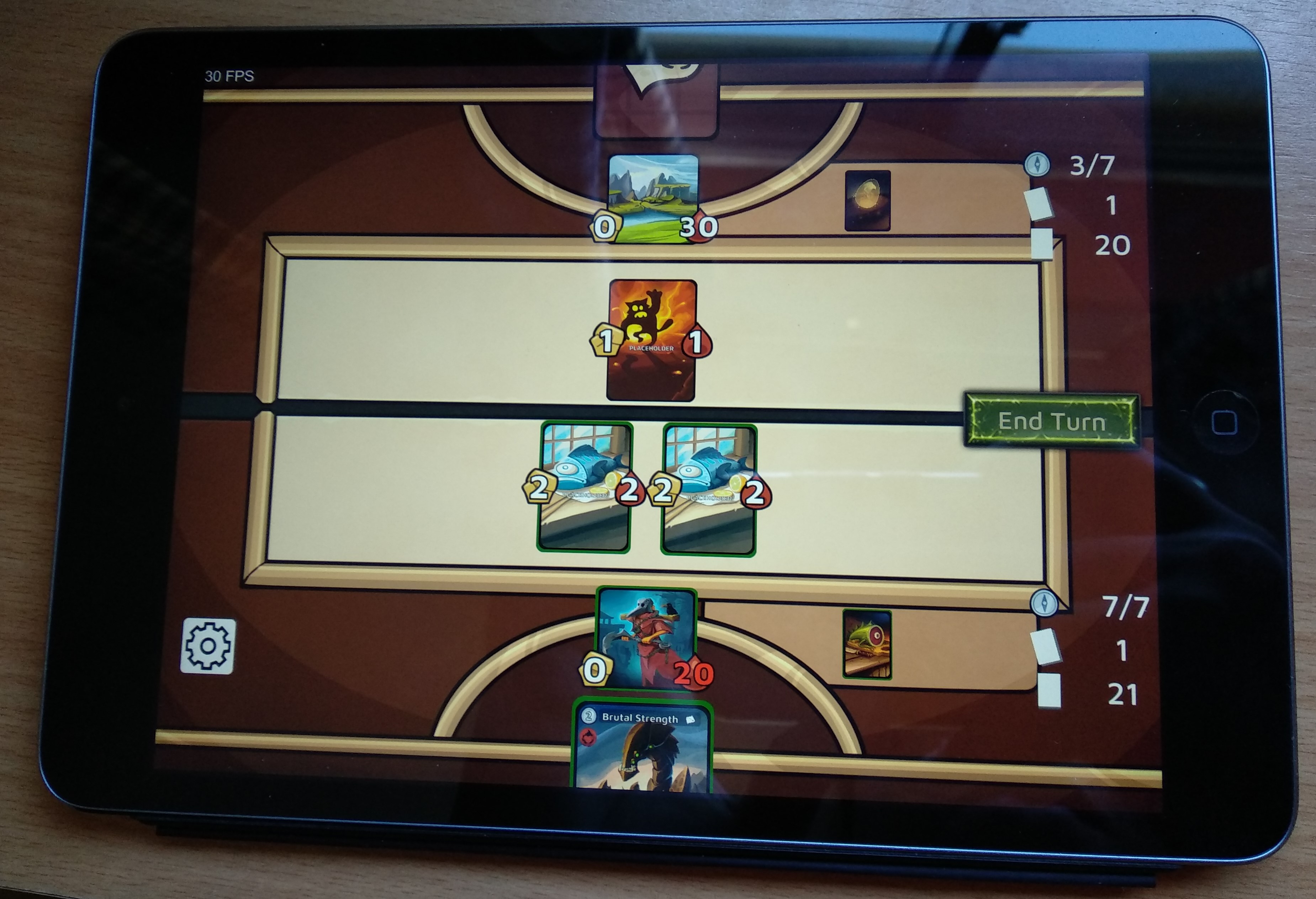 Draft has been added to the game! Draft allows you to pick cards from random booster packs until you have 60 cards, after which you can make a deck to battle the CPU or another player for prizes, just like the competitive duel mode!
Each time you select a card, the amount of cards on the next pick get reduced, until you run out. After which, you'll start over at 6 cards!

Mulligan allows you to redraw cards from your starting hand, allowing you to get rid of cards that won't be helpful for you.

Resource indicators have been added to help you see where your cards go when you use them to gain resources. In addition, cards in your hand have larger cost indicators so it's easier to see how much they cost.

You can now copy and paste decks. To do so, you must click the Copy button, and the game will automatically detect if you have a valid copied deck while you play.

An example of a copied deck is like so:

My goal after this update is to finalize and release the first draft of the Adventurers of Fairtravel card set, which will replace the current cards you currently see. I hope to have something to show soon. However, please understand that this will be a series of huge updates, since there'll be 134 cards being added, almost twice as many as we currently have (We currently have about 75 cards). As a result, each update will take a while.